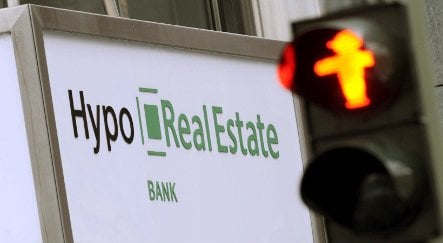 “As was the case in the previous quarters, the first quarter of 2009 again posed a major challenge for the group and its employees in market conditions which continued to be difficult,” bank chief Axel Wieandt said in a statement.

In the first quarter of 2008, HRE had turned a profit of €148 million even though it was already suffering from the international financial crisis.

The German government has begun a process to take over the Munich-based bank, which plays a key role in financing infrastructure and providing credits to local governmental bodies.

Berlin has launched a public offer for all outstanding HRE shares that had a deadline of 2200 GMT (midnight) on Monday and which could result in the first full bank nationalisation since the republic’s birth in 1949.

As of late Thursday, the state had acquired a total stake of 23 percent, but the largest shareholder, US investment fund JC Flowers, has opposed the deal, and could be expropriated under a law recently passed by the German parliament.

For all of 2008, the bank had posted a loss of €5.461 billion, in large part owing to problems at its Irish unit DEPFA Bank, which suffered heavy losses on risky US investments.

HRE has already received more than €100 billion in private and public aid to keep it afloat.

Chancellor Angela Merkel’s government is concerned that a collapse of HRE would prompt the sort of financial market chaos that followed the failure of US investment bank Lehman Brothers in September.

In a positive development, Wieandt said Tuesday that HRE had drummed up €600 million in new real-estate financing business in the first three months of the year, mostly with existing clients.

Operating revenue nonetheless showed a loss of €80 million, compared with a profit of €184 million in the same period a year earlier.

The bank raised its provisions for losses on loans and advances to €196 million from €33 million “as a result of the considerable deterioration of the global economy and also the deterioration in the situation on the real estate markets.”

It pointed in particular to concerns over financing in the United States, and to a lesser extent also in Britain, Germany and Spain.

HRE’s workforce declined to 1,656 employees from 1,786 a year earlier, the statement said.