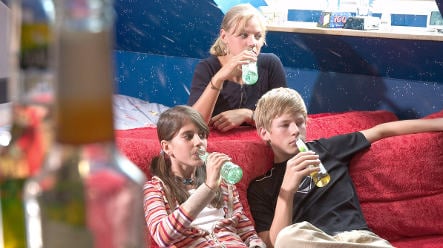 Presenting a new drug behaviour report, Bätzing said that so-called binge-drinking had become part of everyday life for many young people. More than 23,000 children were taken to hospital unconscious or semi-conscious last year, more than ever before, the report said.

The figure represents an increase of 143 percent since 2000. Nearly one in ten young people between the ages of 12 and 17 consume a dangerous amount of alcohol. But the report showed the total consumption of tobacco, alcohol and cannabis among teenagers has decreased in the past year.

It also addressed the new risk of internet and computer addiction. Between three and seven percent of internet users have been categorised as addicted, according to the report.

Bätzing, who belongs to the Social Democratic Party, accused coalition partners the Christian Democratic Union of blocking a new national campaign against alcohol abuse as part of their “election tactics.” Despite forcing “painful compromises” on the programme, she said the CDU had still rejected the project.