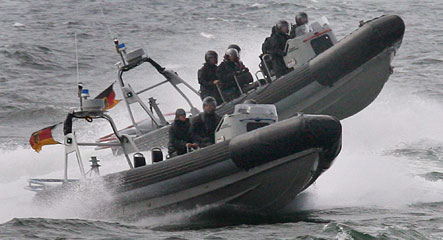 Hans-Peter Uhl, the parliamentary spokesmen for Chancellor Angela Merkel’s conservatives, told Neue Osnabrücker Zeitung on Monday that the order to take the container ship captured by pirates off the Somali coast at the beginning of April simply came too late.

“This should have happened before the pirates brought the ship to their coastal hideout,” he told the paper, explaining that wrangling over responsibility within the government made a speedy mission impossible.

“Cooperation between the police and the military appears to me to need improvement,” Uhl said.

The GSG-9 forces are now set to return to Germany after politicians feared the rescue attempt would end in a blood bath.