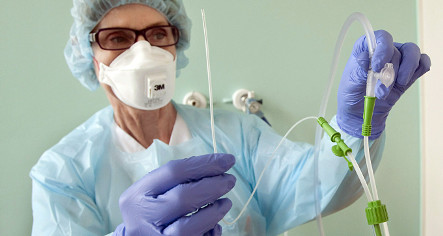 A spokesman for the Bavarian Health Ministry said on Friday morning that a woman from the state had become infected with the A/H1N1 virus despite not having been to Mexico.

It is being reported that she was a nurse who had been treating one of the other two people in Bavaria known to have the virus.

The spokesman said the woman had already recovered.

The other three people infected in Germany – two in Bavaria and one in Hamburg – are all said to have responded well to treatment.

They had all recently returned from Mexico, where the outbreak was first noticed.

More than 300 people there are confirmed to be infected with the virus, while 12 have died and an infected child in the US has also died.

Infections have been reported in 11 countries, including Britain, Austria, Switzerland, Holland, Spain, Israel, New Zealand and Canada as well as Germany, the US and Mexico.

Scientists are working on a vaccine which could take as long as six months to develop.