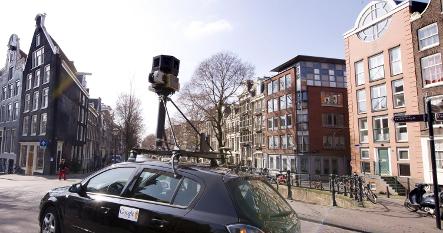 The Google Maps addition provides panorama images visible from street level in cities around the world and will be available in Germany “promptly,” the company told the magazine from Hamburg. The service is meant to allow people to see and explore a city in detail without actually physically visiting.

Data protection activists have been critical of the feature, saying that the cameras used to collect the images would also record details of residents’ lives. Google’s special Street View data collection cars, with mounted roof-top cameras, caused an uproar last summer as they trolled the streets of Berlin, Munich and Frankfurt to take pictures for the service.

But so far those objecting seem to be appeased by Google’s willingness to compromise and accept complaints after meetings with privacy advocates late last week, Netzeitung reported on Monday.

“I have the feeling that Google is on the right path,” Helga Naujok, head of Hamburg’s data protection office told news agency DPA, adding that a final opinion would have to wait until the programme is in place.

Faces and car licence plates photographed by chance will be blurred, meanwhile users can fill out an online request to have images blocked – a system already available in countries like the United States where Street View is up and running, Google spokesperson Stefan Keuchel told DPA.

But some entire German cities, like Molfsee in the state of Schleswig Holstein, are unwilling to be included in the map feature at all. In fall 2008, the city said it would forbid Google photographing its streets, Netzeitung reported. Other cities have approached data protection agencies to do the same.

“We respect it when people say, ‘We don’t like this,’” Keuchel told the paper. “There is no solution for entire cities. But we are ready to compromise and are looking for options.”