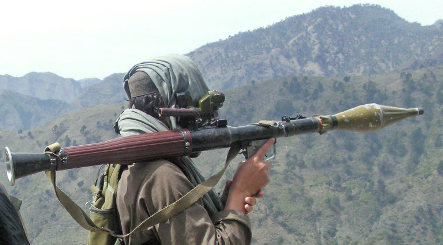 A Foreign Ministry spokesman said Berlin was concerned about advances by Taliban extremists in Pakistan in recent weeks and said it was in regular contact with Washington and Islamabad about how to grapple with the problem.

“We, like our partners, see it as worrying,” the spokesman, Andreas Peschke, told a regular government news conference when asked about strong US warnings this week about the rising power of the Taliban in Pakistan.

“We call on the government in Islamabad in this situation to confront very actively and firmly the growing extremism within its borders and clamp down on it.”

Peschke said Germany had “fundamental doubts” as to whether an agreement permitting the Taliban to enforce Sharia law in the Swat valley of northwestern Pakistan would lead to “peace and order in the country.”

He said that, according to Berlin’s analysis, the Taliban were “very far from, for example, an attack on the capital Islamabad” but nevertheless doubted the threat could be contained using the current tactics.

On Wednesday, US Secretary of State Hillary Clinton warned in extremely strong language that Pakistan was “basically abdicating to the Taliban and to the extremists” with the agreement permitting Sharia law in the Swat valley. The following day, Pakistan deployed paramilitary troops to northwestern districts infiltrated by Taliban militants.

A Taliban spokesman said Friday that militants who had occupied northwestern Pakistan’s Buner district had started their withdrawal.

Germany in February appointed a special envoy to Afghanistan and Pakistan for the first time to work with allies on regional security. Berlin has about 3,700 troops serving in Afghanistan under NATO command.