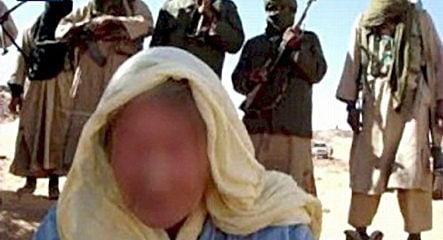 A file photo of the hostage in February. Photo: DPA

“She is marked by the strain of the kidnapping and is under medical supervision,” Steinmeier said, adding that he thanked the Berlin crisis squad, the German embassy in Bamako and the Mali government for their help in getting her released.

Retired teacher Marianne Petzold, along with three other tourists from Switzerland and the UK, was kidnapped by a North African group with ties to terrorist network al Qaeda on January 22. The four hostages were taken to the border area between Mali and Niger. One of the Swiss hostages was also released, news reports said. Authorities believe that the two other hostages remain with the terrorist group.

In February news magazine Der Spiegel reported that Marianne P., from Darmstadt in the German state of Hesse, had broken one of her arms in the desert kidnapping ordeal.

The terrorist group in the unstable region demanded the release of their imprisoned comrades in exchange for the hostage release.