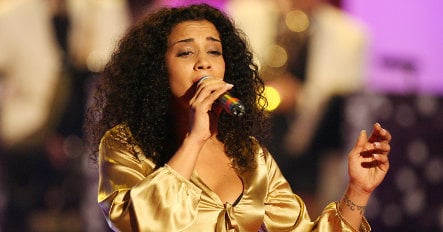 The 26-year-old pop star was released from a Frankfurt jail on Tuesday after 10 days in custody, though the investigation against her continues, authorities said.

Her manager Khalid Schröder was waiting with her 9-year-old daughter after her release, the paper reported.

“Nadja is doing well, she is unbelievably relieved and just wants to be with her daughter,” Schröder told the paper.

Despite the scandal caused by her arrest just before a nightclub appearance on April 13, there was apparently never any discussion of kicking her out of No Angels.

“There was never any question of going on whether to go on without her. The other girls are excited to introduce their new album in June,” Schröder added.

Prosecutors had originally wanted to keep Benaissa in jail, arguing she posed a threat to the public because she had allegedly had unprotected sex with several men without telling them she was HIV positive.

But the police and prosecution have since been pilloried in the German media and by legal experts, who pointed out that her high-profile arrest negated their argument since the entire country was now aware she was infected with the virus that can lead to AIDS.

Benaissa could face charges of grievous bodily harm should prosecutors prove that one of her lovers between 2004 and 2006 contracted HIV while unwittingly sleeping with the singer.