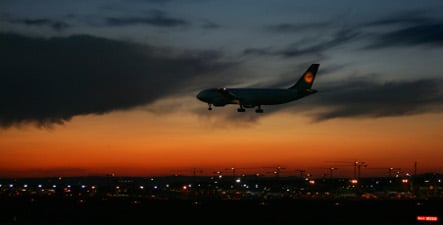 One part of the investigation concerns existing and planned cooperation between four current or prospective members of the Star Alliance – Lufthansa, Air Canada, Continental, and United, the commission said in a statement.

“The commission will assess the compatibility of each of these airlines’ cooperation with European rules on restrictive business practices,” the European Union’s executive arm and top competition regulator said.

Brussels said it was investigating whether agreements reached between the companies meant that they would cooperate more closely than generally accepted, mainly on routes between the EU and North America.

“In particular, the parties to each agreement intend to jointly manage schedules, capacity, pricing and revenue management on transatlantic routes, as well as share revenues and sell tickets on these routes without preference between these carriers,” the statement said.

“The commission is assessing whether these joint activities may lead to restrictions of competition on certain transatlantic routes.”

The commission said the probes, for which no deadlines for completion have been set, do not imply that it has conclusive proof about any infringement but that the cases would be given priority treatment.

A spokesman on competition issues, Jonathan Todd, said the commission was focusing not on the level of transatlantic ticket prices but the level of cooperation that was taking place between the companies under suspicion.

“Any kind of price fixing is potentially in breach of (EU) rules on restrictive business practices, unless there are clear benefits to consumers,” he told reporters. “We will be looking in particular at whether there are benefits.”

If found guilty, the companies could face fines of up to 10 percent of their global turnover, Todd said.

A spokesman for German flag carrier Lufthansa said the company had been warned of the investigation and that it was cooperating fully.

“It’s a normal procedure,” he said. “We have had constructive exchanges with the European Commission. We are providing the information that it’s asking for.”

However, Todd said the probes were anything but routine.

“The European Commission doesn’t open anti-trust investigations on a routine basis,” he said.