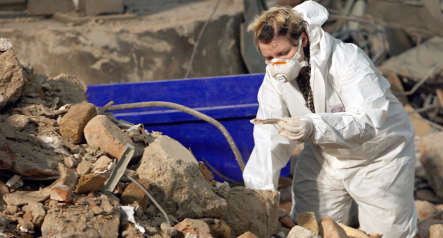 The “unexpectedly intact cellar areas” with some 1,200 metres of shelf space were found on Friday and will be salvaged early this week, the city said.

So far workers have managed to recover some 17 kilometres of documents out of the archive’s total 30 kilometres, director Bettina Schmidt-Czaia said last week.

The archive, which held precious documents dating back up to 1,000 years, collapsed on March 3, killing two men in a neighbouring building. Over the weekend auditors working for the state of North Rhine-Westphalia estimated that the costs of the accident could top €1 billion.