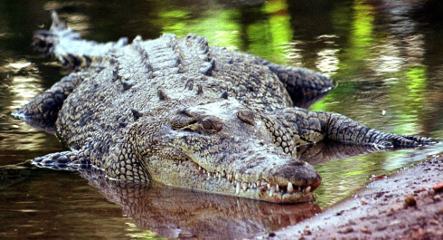 Not the one they found in Spandau Photo: DPA

The crocodile spooked officers called to the scene, who initially assumed it was still alive and were preparing to try to catch it with a dog-catcher’s lasso.

When the animal did not move, they carefully approached it and established it was dead – and loaded it into a body bag instead.

Efforts are being made to trace the animal’s owner, as it is thought unlikely that it had been swimming around in the river.