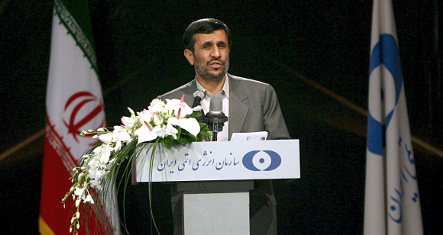 Who wants to share a podium with Ahmadinejad? Photo: DPA

The conference, known as Durban II, is expected to follow a 2001 meeting which was seen by many as dominated by Muslim and African countries and concluded with a resolution deemed as anti-Semitic and anti-western.

Concern has been growing that the Geneva conference will result in a similar conclusion. The US, Canada and Israel have already signalled that they will not be sending delegates to the conference.

The German absence will be the country’s first ever boycott of a UN conference.

It is expected to be followed by many if not all other European Union countries, many of which have already expressed concern about the conference.

Iranian President Mahmud Ahmadinejad is set to speak at the conference. He has often provoked outrage with calls for violence against the state of Israel.