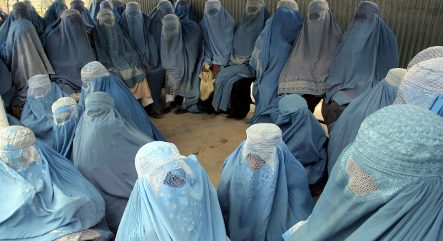 Gunmen on motorbikes shot her as she left her house in the city on Sunday.

Sitara Achikzai, who had a seat on the provincial council, had fled the country for refuge in Germany during the Taliban rule, and secured German nationality.

She married a doctor and university lecturer and has two children who are still in Germany.

When the Taliban government was ousted, Achikzai returned to her home country to work to try to improve life there.

“She has been martyred by two men on motorbikes and the case is under investigation,” he said.

A spokesman for the insurgent Taliban movement, Yousuf Ahmadi, that his militia had carried out the assassination. He said she was targeted because she did not have what he deemed a “good background”.

Provincial governor Turyalai Wesa praised his former colleague at a press conference, describing her as a “brave woman” who had left Germany with her husband to move to Aghanistan.

“They left their family, their children and their comfortable life behind in the West and came to Kandahar to live with their people and to serve their people,” he said.

The Taliban – which imposed restrictive policies against women when they were in government between 1996 and 2001, including barring them from work outside of the home – have carried out other similar assassinations in Kandahar.

They admitted to shooting dead the country’s most high-profile female police officer in the city last year and are also suspected of the 2006 assassination of the head of the provincial women’s affairs department.

The fundamentalists were also blamed for an attack in Kandahar in November last year in which acid was sprayed into the faces of schoolgirls, presumably to scare others off from going to school.

Afghanistan’s provincial councils are elected authorities that act as provincial parliaments and are a key facet of the war-torn country’s attempts to install democracy after the ouster of the Taliban government.

Kandahar province, from where the Taliban rose as a militia in the early 1990s, had three women on its provincial council.

One of them, Zarghona Kakar, survived an assassination attempt two years ago in which her husband was killed. A male member of the council was shot dead in 2006.

On April 1 this year, Taliban militants attacked the offices of the Kandahar provincial council on April 1 with four suicide attackers storming the building, some of them opening fire as they went, killing 13 people.

Council elections are due on August 20, coinciding with the presidential vote, and authorities are concerned that the Al-Qaeda-linked Taliban will target the polls.

The NATO-led International Security Assistance Force (ISAF), which is helping Afghanistan to fight the insurgency and extend government authority, has requested thousands of reinforcements to help shore up security for the vote.

Security forces reported meanwhile on Sunday that they had killed 40 Taliban militants in separate battles over the weekend.

In one, the rebels ambushed a joint Afghan and foreign forces patrol district of Zabul province late on Saturday, sparking an exchange of gunfire that left 22 rebels dead.