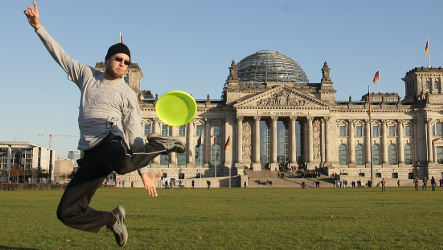 Wolfgang Thierse, the Social Democrat (SPD) deputy parliamentary president, said on Sunday the current situation was, “not practicable in the long-term.”

“The country is united, but the government is split between Berlin and Bonn – that is not sustainable.”

The government’s post-reunification move from Bonn to Berlin was highly controversial –with the city’s Prussian militarist as well as Third Reich historical connotations.

There was, at the time, also some resistance from many civil servants who did not want to move from the comfortable surroundings of Bonn to the building site which was at the time Berlin.

There were also fears that Bonn might face economic collapse once the government moved away.

In a compromise to get the decision – only narrowly – passed, a few ministries were left in Bonn.

This currently costs around €23 million a year, according to the Association of Tax-Payers. President of the association Karl Heinz Däke called this weekend for a final decision to be made in favour of Berlin.

“The commute of officials by plane and train, the associated costs and payments made to them, the effective loss of work time and the total material and post transport as well as the unnecessary additional office space swallow millions.”

A complete move would pay for itself in the long-run, he said.

But Norbert Lammert, Christian Democrat Union (CDU) parliamentary president said the subject should not be oversimplified. He said it had always been clear that the split between Berlin and Bonn would involve extra costs.

But he added, “The narrow decision for the Bonn-Berlin law only came about in 1994 because of the agreement to divide roles, which at that time was not intended to be temporary.”