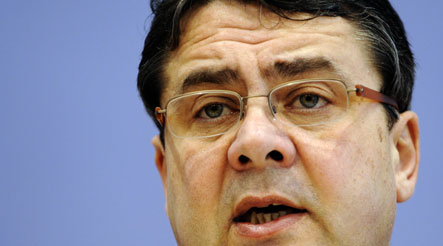 So far, the Obama administration has agreed to cut heat-trapping greenhouse gasses only to 1990 levels, far short of European Union commitments.

“If the United States isn’t ready to go further than that, things are going to be very difficult in Copenhagen,” Gabriel told AFP, referring to the December summit to hammer out a successor to the Kyoto Protocol climate treaty.

Moscow must also agree to further cuts, while China and India will be key in the negotiations, he added.

Still, Gabriel said: “I’m optimistic that we can conclude a new, efficient climate treaty in December, because pressure is mounting.”

Europe has pledged to cut its own emissions by at least 20 percent of 1990 levels by 2020, and 30 percent if other advanced economies follow suit. But top United Nations climate official Yvo de Boer said this week that rich nations must go further, and slash greenhouse gases between 25 to 40 percent by that period for a “robust response” to climate change.