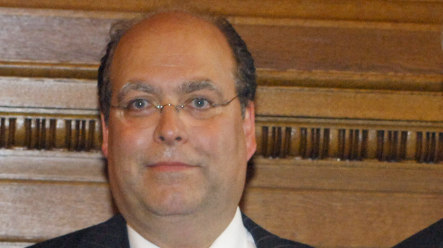 In a press statement on Tuesday, the community said they had felt obliged to dismiss Wankum because “even after receiving five written demands, he did not produce any documents that gave evidence of his Judaism.”

The lack of evidence for Wankum’s professed faith emerged after a routine check carried out at the end of the year, the statement said.

The Community had carried out research at several institutions in the last weeks, finding no evidence that Wankum has any Jewish ancestors. He himself is said to have ruled out conversion. “The Community was not obliged to carry out this research,” the statement underlined, “but did not want to suspend the membership without strong supporting evidence.”

“The Community feels deceived by Wamkum and its former rabbi Barsilay,” the statement continued. Barsilay was himself dismissed from the Community in 2008 for falsifying other ordination documents, and is said to have accepted Wankum’s membership in 2000 “on hearsay.”

Wankum, a Hamburg parliamentary representative for the centre-right party the Christian Democrat Union, claimed there were political motives for his suspension.

“Religious questions are unacceptably mixed up with the Community’s internal politics to dispose of critical people,” he told news agency DPA.