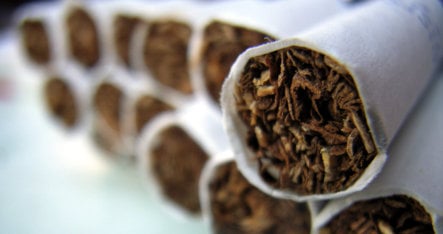 The maker of Marlboro products is planning a series of two price increases. In May or June they will increase the price for a pack of 17 cigarettes from €4 Euros to €4.20. The company’s second step – likely to occur in July – will be to increase the minimum size of a pack to 19 cigarettes, along with changing the price to €4.70. The end result is a total price increase of just over €0.01 per cigarette, the paper said on Wednesday.

The Bundestag, the lower house of parliament, wants to pass a resolution in May to change the minimum pack size from 17 to 19 cigarettes beginning on June 17. This change has come as the result of lobbying by cigarette vending machine manufacturers and the tobacco trade.

“The manufacturers have thus far remained quiet about their pricing policy,” the paper reported.

Philip Morris has long threatened to increase the minimum size of its packets, and both manufacturers and tobacco traders complain of dwindling profits. The last price increase came in 2005, when the tax on tobacco increased in Germany.

But the federal government has seen cigarette tax revenue drop steadily from €14.4 billion in 2006 to €13.6 billion last year. The larger cigarette packets should benefit both cigarette manufacturers and the government’s coffers, the paper said.