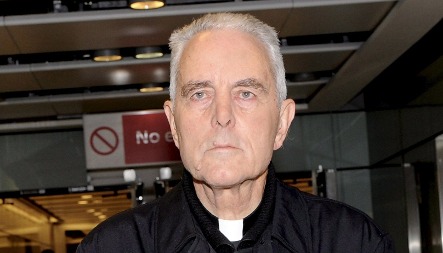 The conservative bishop provoked an international outcry during an interview with Swedish Television when he claimed that only 300,000 Jews had been killed in the Nazi concentration camps. The generally accepted estimate is six million. He also claimed that none were killed in gas chambers.

The interview was conducted in Germany, where it is a criminal offense to deny the Holocaust. German prosecutors have launched a preliminary investigation into the incident.

The district attorney in Regensburg in southern Germany has asked the Swedish Prosecution Authority for international legal assistance. The request sought permission to interview the journalist as a witness in the case.

But Lambertz has denied the request to require the journalist to testify. He maintains that Williamson has not committed any criminal offense in Sweden. Since he is not a suspect, the Swedish constitution also protects his freedom of expression. Lambertz further points out that in Sweden “those who are interviewed on television enjoy full freedom of expression, with very few exceptions that are irrelevant in this case.”

“For Swedish journalists, it is a foreign concept that interviewees could be held responsible for what they say. It is also unimaginable that the journalist himself would testify about what was said or done,” said Lambertz.

The Chancellor also clarified that allowing German authorities to summon the journalist would be in conflict with the Swedish right to voluntary cooperation with legal authorities. However, he says that there was nothing preventing Swedish police or prosecutors from asking the journalist if he will voluntarily provide information to then be sent to Germany.