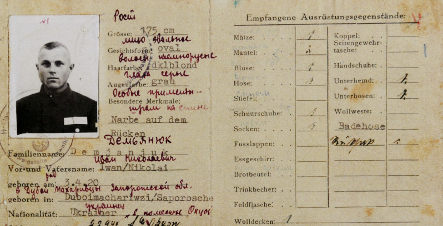 “It is a subject for the courts at this point,” said Pat Reilly, a spokeswoman for US Immigration and Customs Enforcement (ICE). “When he is removable – when he no longer has legal recourse – we will remove him.”

Demjanjuk, who changed his name from Ivan to John after emigrating to the United States in 1952, is wanted in Germany on charges of assisting in the murders of thousands of Jews at Sobibor death camp in Nazi-occupied Poland.

He was stripped of his US citizenship in 2008 and last month US officials began the process of extraditing the now-stateless Demjanjuk to Germany to stand trial for crimes allegedly committed more than 60 years ago.

His lawyer won him a brief stay of deportation last week while immigration officials debated whether to reopen the Ukrainian-born former autoworker’s “removal” case.

That stay expired Wednesday, but officials said they will await the outcome of additional motions filed Tuesday before they take action.

“We’ll file a response and see what happens from there,” US Department of Justice spokeswoman Laura Sweeney told AFP.

Demjanjuk’s lawyer has argued that the octogenarian is in poor health, and that jailing and trying him in Germany would cause him pain amounting to torture.

But the US Office of Special Investigations maintained that all of Demjanjuk’s requests must be rejected.

His submissions, the office said, are “based on speculation, erroneous assumptions … and, fundamentally, on a novel and frivolous claim that legitimate German proceedings that may be commenced against him would be designed to cause him suffering and would subject him to severe mental and physical anguish.”

Demjanjuk’s family has also filed motions in Germany requesting that the government reconsider its extradition request.

“We’re trying to stop what we believe to be an inhumane action,” Demjanjuk’s son John Jr. told AFP.

“There is zero chance that my dad will face trial in Germany,” said the younger Demjanjuk, adding that he expects a decision on the extradition appeal at any time. “There remains a chance that he will be deported to Germany. But if he is deported to Germany, he will live out his remaining days in a German hospital, not in a court of law.”

German prosecutors issued an arrest warrant for Demjanjuk last month, accusing him of complicity in murdering at least 29,000 Jews at Sobibor death camp, where he allegedly served between March and September 1943.

Former wartime inmates of Nazi camps in occupied Poland in 1977 identified Demjanjuk as the brutal Ukrainian prison guard “Ivan the Terrible” during a US Justice Department investigation.

Demjanjuk was sentenced to death by a court in Israel, but the penalty was overturned five years later by Israel’s Supreme Court after statements from other former guards identified another man as the sadistic “Ivan.”

Demjanjuk’s son said the current case against his father is based on the same flawed and false evidence that led to his acquittal in Israel.

“They had the wrong guy in Israel and they’re going to get the wrong guy in Germany,” he said in a telephone interview. “Nobody to this day, nobody ever will be able to provide evidence that he was involved in the killing of one person.”

He handed the court a video of Demjanjuk being examined by a physician hired by immigration officials to determine if he was fit to travel.

In the video, Demjanjuk speaks of his fears of how he will cope in Germany after the doctor helps him back into bed.

“What happens to me over there? You don’t care,” he said, according to a transcript supplied by his son.

“Because who goes behind me (when) I need help? I have here my family to help me. Who help me over there, huh? Just think, just think. This is the torture. That’s the torture.”