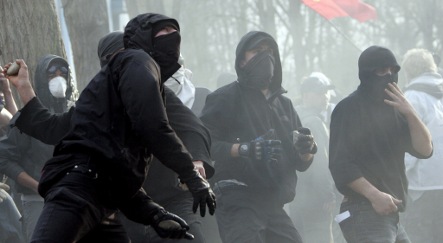 The three were imprisoned for illegal possession of weapons or for assaulting police.

Another German will likely have to appear before the court in May on charges of civil disorder, authorities said.

The three Germans were arrested before the riots last Thursday and Friday, according to a report from SWR radio. On Thursday last week riot police in Strasbourg fired tear gas to stop as many as 2,000 demonstrators at the 60th anniversary NATO summit from marching on the heart of the summit cities of Kehl, Germany and Strasbourg, France.