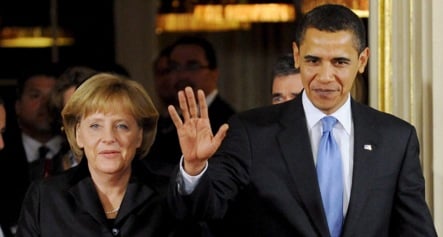 The extra troop commitments in Afghanistan that Merkel recently steered through parliament have clearly helped to thaw the initially wary relations between her and the new US president. Germany is planning to send an extra 600 troops to Afghanistan – “to help get the job done,” as Obama puts it – bringing Germany’s military contingent there to around 4,200.

Merkel and Obama have visibly warmed to one another in the past week during the G20 and NATO summits, after an initially uncertain relationship.

Merkel enjoyed particularly friendly relations with Obama’s predecessor George W. Bush, and much was made last summer of the German government’s refusal to let then presidential candidate Obama speak in front of the Brandenburg Gate in Berlin. Obama was forced to move to the Victory Column, where 200,000 people heard him speak.

On Obama’s entering office in January, a number of meetings with Obama were arranged with various heads of state, though none with Merkel, fuelling speculation that Germany was less important to the USA than it had been under George W. Bush.

But it has become clear in the last few days that both sides are enthusiastically throwing aside such impressions. Merkel and Obama have held daily meetings since Wednesday, and were seated next to each other at an official dinner in Downing Street.

At a press conference after a bilateral meeting in Baden-Baden on Friday, Merkel said she hoped Obama would come back soon, at which the President laughed. For his part, he praised Merkel’s “far-sightedness and persistence” as well as her strong leadership.

Those are precious compliments from a valued source for Merkel in an election year, and she can be sure that some of his charm and popular glow will fall on her, while her main opponent at this September’s election, Foreign Minister Frank-Walter Steinmeier of the Social Democrats still struggles for attention.

Merkel’s next meeting with Obama is at Sunday’s EU-USA summit in Prague.