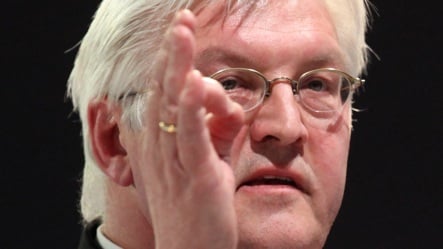 “The ministry is considering the launch of the rocket with great concern. It is a clear provocation that will lead to a worsening of relations on the Korean Peninsula,” said Steinmeier’s spokeswoman.

“Everything must be done to turn North Korea around from this wrong path,” he added. North Korea said it had put into orbit a satellite from the launch of an Unha-2 rocket on Sunday morning.

The North Korean launch comes on the same day that Steinmeier reacted positively to US President Barack Obama’s plan to create a nuclear-weapon-free world. Steinmeier said he hoped to see a noticeable disarmament this year.

In an interview published in Sunday’s Bild am Sonntag newspaper Steinmeiner said, “Nuclear weapons and their uncontrolled proliferation are a threat to us all. That is why I hope that the nuclear superpowers USA and Russia agree to a significant reduction of their arsenals this year.”

He also said, “Countries like Iran or North Korea must be prevented from acquiring nuclear weapons.”