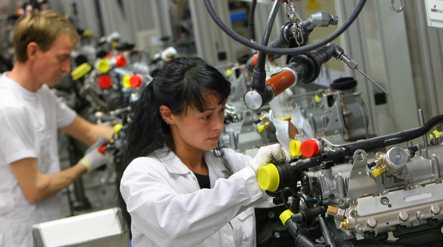 According to the Kiel-based Institute for the World Economy (IfW), 11 million endangered jobs amount to 42 percent of those subject to social insurance contributions, and most of them are in the industrial sector. The new IfW study suggests that since a large part of the German economy is comprised of industry, it is particularly vulnerable to outsourcing.

The institute analysed several hundred job profiles to ascertain whether their work required them to be based in the country. In only 38 percent of cases was their presence in Germany essential for their work, while 19 percent fell into a grey zone.

The IfW was surprised to discover that better-educated employees were actually in more danger of losing their position to foreign competition. According to the study, 43 percent of less-educated people are threatened by outsourcing, while 53 percent of the better-educated could lose their jobs.