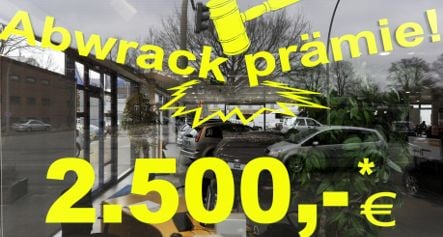 The VDA automobile federation said sales in March rose to 401,000 vehicles, explaining the rise was due to a government bonus for scrapping old cars for newer, greener models as well as a higher number of business days this year.

The rise was the most impressive since 1992 during an economic boom that followed German reunification, VDA said, also warning that sales would slow down as the initial rush of scrapping bonus applications thins out.

The environmental bonus, as it is also known, will be phased out at the end of the year.

German economic analysts from Italian banking group Unicredit said in a research note that “something has started which had not occurred for a long time in Germany: a shopping frenzy.”

“Applications for the car-scrapping premium literally skyrocketed, exceeding one million,” they added. But the Unicredit analysts also warned this did not mean an end to recession and said there would be more gloomy data to come.

Alexander Koch from Unicredit said the increase in car sales “should bring some desperately needed support for the economy in the first quarter,” adding more than one percent to quarterly gross domestic product (GDP).

But the car scrapping bonus will only be successful “in the short run,” he said, adding that there could be setbacks later in the year. “The party… will inevitably be followed by a hangover,” he warned.

The programme began in February to help the auto industry cope with recession, and offers motorists a €2,500 ($3,300) bonus to trade in their old car for a new, more environmentally friendly model.

Since Monday, interest has soared as a new application procedure became available online, with total requests running up to 941,289, the Federal Office of Economics and Export Control (Bafa) said on Wednesday.

Launched as part of the country’s second economic stimulus package, the car scrapping bonus for any car at least nine years old was initially to be limited to 600,000 applicants, about one-fifth of Germany’s normal annual car sales.

It has had an immediate impact on sales, which jumped 21.5 percent in February, bucking a downturn which has seen huge reductions elsewhere in Europe and prompting other countries to consider similar schemes.

German Chancellor Angela Merkel and her coalition partner Foreign Minister Frank-Walter Steinmeier have agreed to extend the programme until the end of the year but details of the extension have not been finalised.

Germany has been badly hit by the global slump and the economy is expected to contract by much more than the current forecast of 2.25 percent this year.