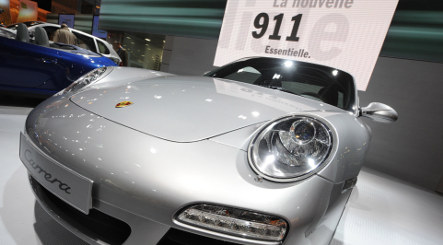 The seller ended the auction after just eight minutes due to errors in setting up the listing for the 911 Porsche Carrera Coupe. After bidding €5.50 for the Porsche, the highest bidder attempted to arrange a time and place for the transaction to take place, but the seller refused to the terms of the agreement, prompting the bidder to sue him for €75,000 in damages – or the minimum value for the car, which was just one year old with only 5,800 kilometres on it.

According to the judge at the Koblenz court, the plaintiff could not possibly have expected to get the Porsche for the offered €5.50, or for his highest offer of €1,100, for that matter. An eBay auction normally takes up to a week, and in cases of high-priced items up for auction, a number of bids are secured before the final sale is arranged. With that in mind, the judge said, it would be nearly impossible that the seller would fail to receive a higher offer by the time the auction had ended.

In another case of online auctions gone awry, a five-figure “Jeanneau Sun Way 21” yacht sold for €22.50 after the owner apparently neglected to set a minimum bid for the six-metre boat, which he’d hoped to sell for at least €12,000.

The seller from Porz tried to retract the boat from auction on the site, citing “technical problems” and “errors” on the website, but his claims didn’t float at the Cologne higher regional court in October 2008. The court ruled that the man had to go through with the transaction.