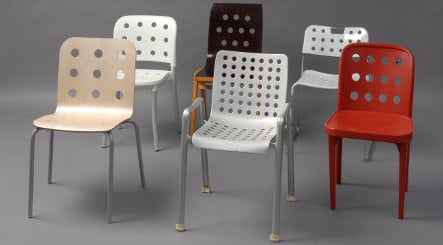 “For IKEA, design is one of the central factors that contribute to realising the idea of functional, well-designed furniture that is affordable for most people,” the museum said in a statement.

Click here for a photo gallery of retro IKEA pieces.

The institution is the first to feature IKEA’s furniture in an exhibition that combines various themes, including “the IKEA principle of do-it-yourself,” “sustainability and ecology,” and the “design process,” among others.

Different sections will showcase examples of IKEA furniture from the 1950s and 1960s, classics from the 70s and 80s, as well as a number of items from the PS Collection design series from IKEA to document how the company transformed from a one-man business concept in southern Sweden to the world’s premiere home furnishings giant. Some 565 million people visited IKEA worldwide during the last business year, more than 100 million of them in Germany.

According to IKEA, furniture design has to “be beautiful, good, and well-priced. Design must not be elitist; rather it must be affordable for everyone.”

“A further aspect is the commitment to ‘Swedishness,’ which manifests itself in ‘country house’ design inspired by homeland traditions,” the museum said.

The Swedish design house is also releasing a book timed to coincide with the exhibition titled “Democratic Design: IKEA – Furniture for Mankind” by Heiner Uber.

The exhibition will run in the museum’s Neue Sammlung, or new collection, through July 17, 2009. The book can be found in German IKEA stores, as well as the museum’s bookstore starting April 3.