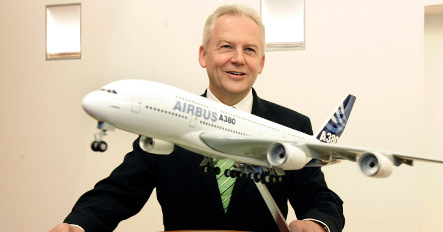 Grube, 58, was also expected to be approved by the Deutsche Bahn supervisory board as head of the railway’s logistics unit.

Grube currently sits on the board of the German luxury car maker Daimler and on the supervisory board of the aeronautic group EADS, and is known for his managerial experience.

Originally from the northern port city of Hamburg, he began his career with the aeronautic firm Messerschmidt before moving to Airbus and Daimler-Benz Aerospace, where he climbed the corporate ladder.

Finance Minister Peer Steinbrück on Thursday hailed the nomination of a “brilliant manager” and told HR Info radio that under Grube, politics would be absent from decisions at the national railway.

Steinbrück spoke on the sidelines of the G20 summit in London.

Deutsche Bahn, the biggest German public company, lost former head Hartmut Mehdorn Monday after the latest in a string of scandals caused Merkel to withdraw her support and he stepped down.

Mehdorn’s departure followed allegations that the company had monitored staff emails for signs they had contacted reporters or members of parliament.

Deutsche Bahn has also been slammed by problems with the safety of its high-speed ICE trains and frequent delays in service.

In a December poll, the railway was voted the least popular company in Germany.