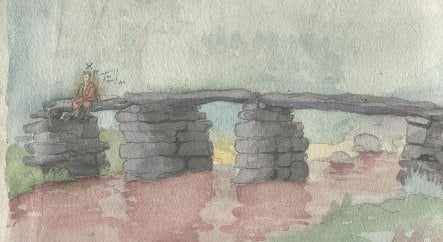 The painting that Mullock's says is a Hitler self-portrait. Photo: Mullock's

According to the UK auction house, the paintings were found in 1945 by an army sergeant stationed in Essen and later sold to an unknown person. Now, 64 years later, Mullock’s expects to bring in thousands of dollars for the watercolours on April 23.

But the authenticity of the paintings, said to be finished around 1910, is doubtful, the paper said. In one alleged self-portrait of the dictator, there is an ‘X’ marking the face of the subject with the initials “A.H.”

“What kind of painter would put such a marking on his own picture?” Die Welt questioned.

But Richard Westwood-Brookes, historical documents expert for Mullock’s auctions, vouched for the authenticity of the watercolours.

”I have no reason to doubt these,” he told The Local on Monday. “I’ve got the certificates and the dockets,” he said, adding that they will be available for public view at the April auction and that he had quizzed his vendors on the paintings’ authenticity on a number of occasions.

Westwood-Brookes said the paintings were confirmed authentic by art historian Peter Jahn from Vienna. “Due to my thorough knowledge of Hitler paintings, I consider this one as an original,” the statement attached to one of the watercolours reads.

Die Welt alleged that there are differences between the Mullock’s paintings and confirmed originals in terms of subject, style and artistry. Two known originals of the Michaelerplatz, an area near the Vienna Hofburg, for example, highlight Hitler’s limited talent as a painter, with awkward perspective points and figures teetering clumsily through the scene, the paper said.

The newest set of paintings shows impressionist depictions of landscapes, along with more skilfully painted human figures of people, making it “very improbable” that the failed artist actually painted them, Die Welt reported.

One explanation may be that they are some of the Hitler “originals” painted by other artists trying to make a buck as he became one of the most prominent politicians in Germany toward the end of the 1920s and into the 1940s. Such paintings brought in up to 10,000 Reichsmarks, the paper said.

Mullock’s does not expect to make much on the sale of Hitler’s artwork, however. “I put very modest estimates on them,” Westwood-Brookes said. “I’ve got estimates of as low as 400 pounds up to 1,000 pounds.” Mullock’s historical expert added that he had been contacted by numerous experts who were “quite content” to bid on the paintings.

“One of the great things about some of the publicity I’ve generated on this is at least everybody has the opportunity to look at them, to make their own mind up,” he said.

Hitler’s lack of artistic talent is well-documented. He applied for the Academy of Fine Arts Vienna in October of 1907 as an 18-year-old. From 80 applicants, 28 were taken and Hitler was not one of them. The school said his talent was “insufficient,” and he was “without a doubt unsuitable” for the art school.

Hitler banned the publication of his artwork in 1938.

Auctions of Nazi art and memorabilia are a sensitive issue, and critics have said that selling Hitler’s paintings – which have little artistic merit – may merely glorify the dictator.

But Mullock’s expert Westwood-Brookes responds to criticism highlighting the choice to auction off Hitler artwork by pointing to the historical merits of the works.

“My own standpoint on this is you cannot take a moral stand on history,” he said. “I make it absolutely, unequivocally clear that I am not a Nazi, that I am not involved in glorifying the Nazis and glorifying Hitler.”

The watercolour paintings set to be auctioned by Mullock’s provide a “psychological clue” into Hitler’s mindset, Westwood-Brookes said, calling it “quite incredible” that the future dictator would be interested in such pastoral, romantic subject matter. 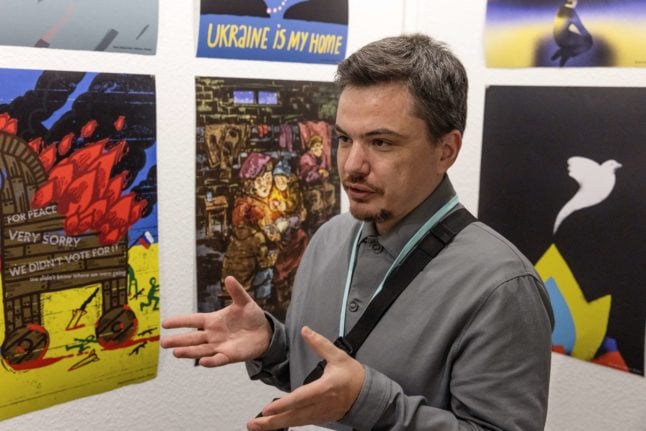