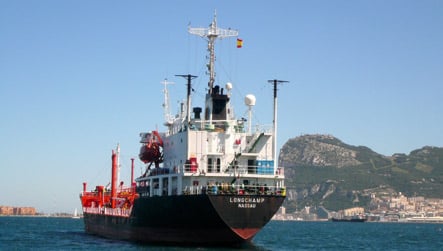 The Indonesian captain and his 12-man Philippine crew are back in control of the ship in the Gulf of Aden, off the coasts of Yemen and Somalia. All are well and unharmed, and the ship will now make its way back to Norway. BS Shipmanagement refused to comment on the rumours circulated by the environmental agency Ecoterra International on Friday that a ransom had been paid for the ship’s safe return.

The 100-metre-long merchant vessel Longchamp was hijacked in the early hours of January 29 on its way to Vietnam from Norway with a cargo of highly explosive liquefied petroleum gas. Shortly afterwards the Hamburg public prosecutors office confirmed that a ransom demand had been received and that it was investigating the crime.

Ransom-hunting Somali pirates attacked more than 130 merchant ships in the region last year, an increase of more than 200 percent on 2007, according to the International Maritime Bureau.

The number and success rate of pirate attacks has declined slightly since the start of the year, because of unfavourable sea conditions and an increased foreign naval presence in the Gulf of Aden.