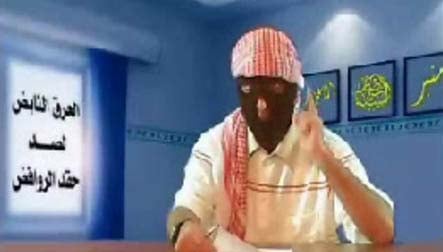 Between 60 and 80 “Jihadists” have returned to Germany out of some 140 who have undergone training in camps in the tribal areas of the Pakistan-Afghanistan border area, Deputy Interior Minister August Hanning said.

“The danger should not be underestimated. The 60 to 80 who have returned make up the overwhelming majority of up to around 100 people whom we class as dangerous,” Hanning told the daily Tagesspiegel.

“There are approximately another 300 potentially dangerous Islamists on top of this. Altogether we are talking about a network of around 1,000 people,” said Hanning, who used to head Germany’s foreign intelligence agency, the BND.

He added that he was worried about the possibility of attacks in the run up to this September’s general election in Germany. “The threats do not mention the elections directly. But for Jihadists in Pakistan the election is important because it will determine Germany’s foreign policy in the future,” he said.

“We remember that the attacks in Madrid in 2004 were carried out a few days before elections in Spain,” he said, referring to the commuter train bombings that left 191 people dead in Europe’s worst terror attack.

“That really did affect the outcome of the elections … al-Qaeda sees this as a model for success,” Hanning said. “In the threats against Germany the Spanish elections are mentioned. That worries us.”

A number of videos, some in German or with German subtitles, have emerged in recent months warning of future attacks on German soil because of the presence of 3,500 of the country’s troops in Afghanistan.

The closest Germany came to an attack was in July 2006 when suitcases containing homemade bombs were placed on two regional trains passing through Cologne’s busy main train station. They failed to detonate.

In September 2007 police arrested three men on suspicion of planning attacks on US citizens and interests using drums full of chemicals found in their possession. They are due to go on trial in late April.