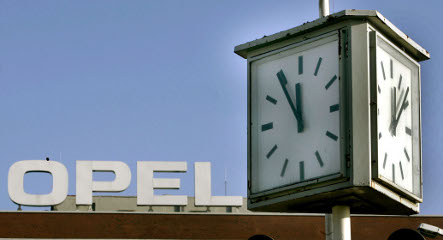 Merkel told talk show host Anne Will that it would “not be good news for Opel” if no one but the state was interested in helping the company, adding that the government would not make a better employer and urging the company to find investors. Her comments came after her Social Democratic (SPD) Labour Minister Olaf Scholz had said the state must take over the company in an emergency.

Merkel added that until the US government decided the future of Opel’s troubled parent company General Motors, “we can’t build a proper future for Opel Europe.“

Meanwhile SPD party chairman Franz Müntefering told broadcaster ZDF that the coalition must decide whether it wants to argue about how it shouldn’t have to help or whether it wants to create terms to help the company. Müntefering emphasised the SPD’s willingness to help the company, saying that while state aid may not be necessary, lawmakers can’t rule out a transitional period for aid.