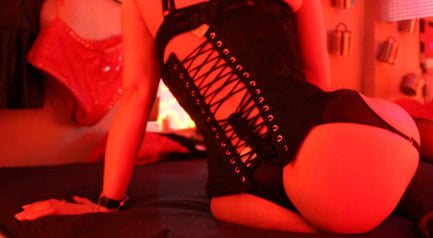 Like many of its counterparts, the brothel has been hit by the credit crunch and has had to come up with its own stimulus package for a trade that was legalised in Germany seven years ago.

The Belle Escort, another brothel in the capital, has not faced problems before, but the current financial crisis has triggered a sharp decline in clientele, said its owner Isabelle.

She rejected the idea of ‘special deal prostitution’ as offered by the Pussy Club but admitted, “We’re in trouble.

“I’d estimate that we have at least 20 percent fewer people coming here,” she said.

Monika Heitmann works for a support network for prostitutes in Bremen and confirms the problems the industry is facing.

Heitmann has worked with prostitutes for over 20 years and says that business has been going downhill over that time.

“Thirty years ago prostitutes were really dedicated to their work,” she said, adding that money worries were now more than ever, forcing women into the sex trade.

At the beginning of this year, the owner of Frankfurt’s oldest brothel, the FKK Sudfass, was forced to sell up after 37 years and the building will be converted into a hotel.

Prostitution has been legal in Germany since 2001, and is relatively widespread, especially in big cities like Berlin, Munich and Hamburg, where women tout for business in the show windows of the infamous St Pauli district.

But social stigmatisation persists and Heitmann is concerned that prostitutes’ trials and tribulations are not being taken seriously.

“There are a lot of women who come here and just don’t know how to get on,“ Heitmann said.

“The crisis means that customers want more service for less money. They’re becoming pushy and even blackmailing the ladies.”

An increasing number of men on a tight budget are also picking up prostitutes on street corners rather than in pricey brothels.

Heitmann is now afraid that waning turnover could damage the industry’s reputation even more and that back-street prostitution could escalate.

Barbara Kavemann, professor at the Berlin Research Institute for Social Science and Women Studies, said the full impact of the financial crisis could not be determined because there was no concrete data.

“Firstly, prostitutes don’t legally have to be registered, and secondly, who defines who is a prostitute?” she asked.

But Isabelle and other brothel owners do not need empirical data or definitions to confirm the impact of the credit crunch on the sex industry has been hard.

“The only thing we can do now is keep our fingers crossed and hope for better times,” she said, “and obviously I wouldn’t say no to a state-funded cash injection.”