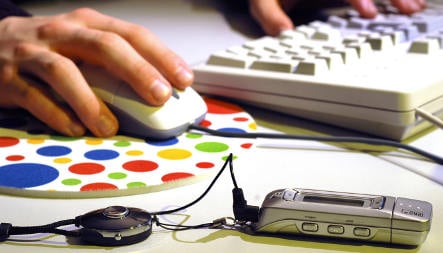 President of the German music industry association Dieter Gorny said Germany needs to follow the example of France and the United States regarding copyright protection.

“Just because you can’t touch digital products or put a price tag on them doesn’t mean they are any less valuable,” Gorny said, adding that German policy on illegal downloading is “outmoded.”

The creative and cultural economy in Germany contributes €61 billion to the gross domestic product, making it one of Germany’s biggest industries. But the government has failed to acknowledge the worth of online content, relying on slow, traditional legal processes to combat piracy while other countries have introduced more effective measures, Gorny said.

He cited a new copyright protection system to be introduced in France this year, which will notify online music thieves via email three times before cutting their internet connection.

Internet service providers (ISP’s) in Germany have so far refused to volunteer information about internet pirates, forcing copyright owners to take legal action to compel providers to reveal their identities.

“In Germany we need an agreement between the ISP’s and the content producers, mediated by politicians,” said Gorny, adding that it was also in the interest of ISP’s to protect professional content providers. “In the future they won’t be able to survive on income from providing internet access alone,” he said.