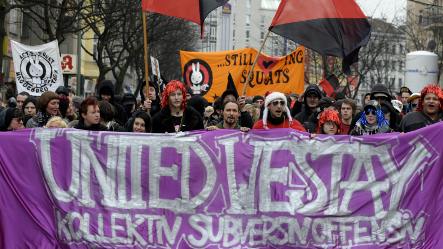 They said they were protesting against the renovation of flats into ‘executive housing’ which people with lower incomes cannot afford, which they say pushes poorer people out of the central areas of the city.

The demonstration remained peaceful into the evening. Around 900 police officers were drafted in to accompany the demonstration, including manpower from Saxony-Anhalt and even from the federal police.