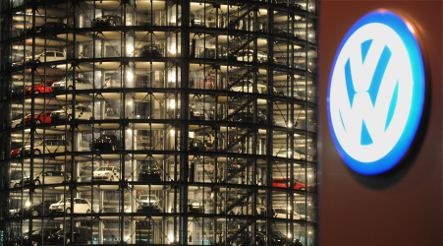 The German giant, the biggest auto maker in Europe, is putting its foot down in the fast lane with the intention of becoming the biggest auto group in the world by 2018. The gap is big, but profits are fuelling its pursuit.

“I see Volkswagen in pole position … after the crisis,” chief executive Martin Winterkorn told a press conference in Wolfsburg on Thursday. “We are staying in the fast lane and the fuel tank is well topped up.”

Volkswagen (VW) is the third-biggest auto manufacturer in the world, selling 6.3 million vehicles last year. GM and Toyota each sold rather more than eight million. But GM is tottering close to bankruptcy despite huge US state aid, and Toyota expects to run up huge losses for its 2008-2009 year to the end of March.

VW, by contrast, made a record net profit of €4.7 billion ($6.0 billion) in 2008, a disastrous year for leading auto groups in general, and it expects to make a an operating profit this year, albeit less than last year, finance director Hans Dieter Potsch said.

Winterkorn warned, however, that business conditions this year would be “extremely difficult” and that sales would probably fall by about 10 percent. The group might even report a loss for the first quarter. Potsch said that the latest data pointed in that direction since sales for January and February had fallen by 15 percent from the equivalent figure last year to 809,200 vehicles.

However, this was a smaller fall than that experienced by all sales by auto makers throughout the world which had contracted by 23 percent, VW said, lauding the performance of its small, and low-pollution cars, and the range of its models sold also under the brands of Skoda, Audi, Seat and Scania.

Even the involvement of the regional state of Lower-Saxony with an interest of 20 percent, which has been the subject of controversy for being outdated, is no longer criticised at a time when many governments are rushing to shore up stricken industries, including vehicle makers.

Winterkorn said that “many competitors envy us” because of our long-term shareholders in the form of the regional state and the auto maker Porsche,which holds more than 50 percent of the equity. However, this did not discourage the group from seeking state guarantees of up to €2.0 billion ($2.56 billion) from the federal government in Berlin for its VW bank.

And it helps to explain why VW was cautious on Thursday towards the prickly case of Opel, the German and European arm of GM, which is a direct competitor of VW but is looking for German state help to survive.

Potsch observed: “If there has to be aid, then (it should be) on a fair basis.” Opel had to prove that it could be viable, he said. Winterkorn said that he expected to see a concentration in the global auto industry eventually.

He forecast that one manufacturer would survive in Japan, one in China, “two or three in Europe” and one in the United States. And he was confident that Volkswagen would still be there in the fast lane, among the “winners” in the new “champions’ league.”

Meanwhile, the annual report published on Thursday showed that Winterkorn himself is in the fast lane: his total remuneration more than doubled last year to €12.7 million, owing largely to the exercise of options to buy shares. In 2007, he earned €5.1 million.

Remuneration for the five members of the board was rather more than €45 million from €16 million in 2007. The stock options, granted at an advantageous price as a way of rewarding executives if success drives up the value of the business, have risen sharply.

At one point toward the end of last year, Volkswagen shares rose above € 1,000 per share, owing to heavy speculative trading when Porsche was manoeuvring to gain control of the group. The closing price of VW shares on Wednesday was above €210.