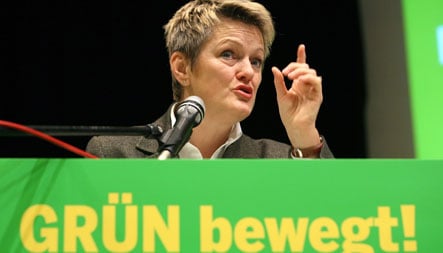 Such a three-party coalition – named after the party colours, red for the centre-left Social Democratic Party and yellow for the pro-market Free Democrats – is considered the only realistic possibility for the Greens to return to power this autumn.

With the Social Democrats (SPD) trailing far behind the conservative Christian Democrats (CDU) in opinion polls, Künast is afraid the Greens could get left in the cold come election day in September.

“If we Greens refrain from answering the coalition question, we’re essentially formally inviting the SPD to capture red-green voters looking for change,” she told the Thursday edition of the Der Tagesspiegel.

But her party’s grassroots are anything but keen on the idea of cozying up next to the FDP.

Although both parties are strong supporters of civil liberties, the FDP paints the Greens as a party of tree-hugging hippies, while the Greens demonise the FPD as a bunch of suit-wearing, bourgeois capitalists.