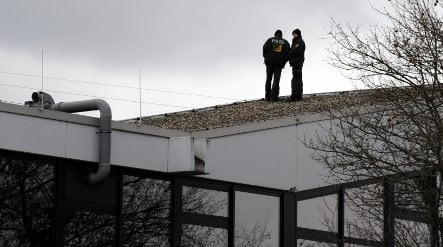 “I’m horrified and stunned. It’s hard to put into words what happened today,” said Merkel at a hastily arranged press conference in the Chancellery on Wednesday afternoon. “It’s a day of sorrow for all of Germany.”

A teenage gunman shot dead 15 people, including ten students and three teachers at his former school in Winnenden near Stuttgart in southwestern Germany. He was later killed during a shoot-out with police after murdering three other people after fleeing the scene of the bloodbath.

She said it was “incomprehensible” that “within seconds, students and teachers could fall victim to such an unspeakable crime.”

The massacre in Winnenden matches the death toll of another school shooting in the eastern German city of Erfurt in 2002. That incident sparked considerable soul-searching in a country largely unfamiliar with US-style gun violence.

But on Wednesday, politicians and civic leaders were quick to call for consequences to the latest killing spree.

Family Minister Ursula von der Leyen said there needed to be “educational partnerships” between schools and parents in order “to recognise and avoid such horrifying incidents before they happen.”

Wolfgang Bosbach, the interior affairs spokesman for the conservative Christian Democrats, said he expected parliament to investigate the matter. “We now have to uncover the exact causes and background of this deed,” he told daily paper the Rheinischen Post.

However, he warned against making German schools “high-security compounds” as that wasn’t what educators wanted. Bosbach also pointed out that parliament improved youth-protection measures and tightened the country’s laws for firearms following the shooting in Erfurt.

The head of the GdP police union Konrad Freiberg called for electronic locks on school doors during classes to “keep anyone from walking into a school.”

But Josef Kraus, the president of the German teachers association, rejected locking down students.

“You can’t just put the responsibility on the schools though. Society needs to start watching each other again and taking note when something’s wrong,” he told The Local. “The media has to stop glorifying violence and we need tighter controls on weapons and on violent media and games.”