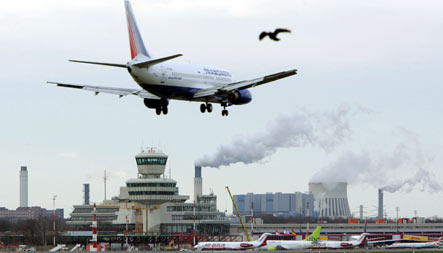 The 40-year-old, who has stayed on the premises around the clock since early December, has spoken to passengers, but has not committed any crimes.

A police spokesman said she has refused several offers of help after repeatedly catching the attention of Tegel’s security staff. Once she was picked up near the motorway and brought to safety and has been taken to a hospital to determine her health, but she quickly returned back to the airport.

Social workers have tried to get her to contact the Finnish Embassy and have spoken to doctors in her homeland all to no avail.

The police spokesman said the woman has expressed the wish to stay in Germany and live at the airport. He said as long as the authorities at Tegel tolerate her presence there was no reason for the police to intervene.