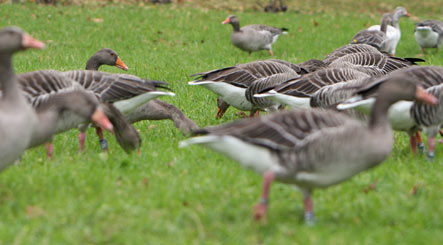 The virus was discovered in a wild duck shot during a hunt near Starnberg in Bavaria, the first case found in a wild bird for over a year, the Commission said in a statement.

Around 250 people have died of the human form of avian flu since 2003, according to the World Health Organisation. Most had close contact with sick birds, but scientists fear the virus could mutate into a form that would spread rapidly among humans, causing a pandemic.

The last bird flu case of any kind in Europe was discovered at a German farm in Saxony, near the Polish border, last October.

The latest discovery of the disease came after samples were taken from 35 ducks and four Canada geese during the hunt, as part of routine surveillance measures, and one of the ducks produced a positive result.

The last wild-bird case of Avian influenza in Europe was found by British authorities in a Canada goose on February 29, 2008.