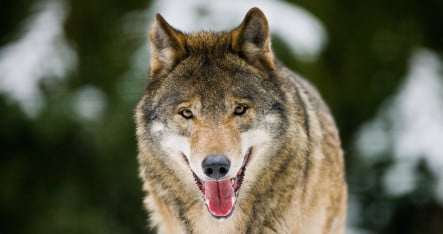 Wildlife protection groups joined together to raise the money after the young female wolf was found dead in January having been shot in the stomach.

A post-mortem showed the wolf did not die immediately, but would have spent several days in terrible pain before succumbing to her injuries.

“We have between 40 and 50 wolves in Saxony, living in five packs,” Dr. Rolf Jaeger from the Association for the Protection of Wolves told The Local on Tuesday. Other individual animals live in Brandenburg, Mecklenburg Western-Pomerania, Saxony-Anhalt and Bavaria.

“Sometimes hunters shoot them, and it is a crime to do so in Germany. But it is very difficult to ever bring someone who has done this to justice – we do not see it happening and other hunters tend not to go to the authorities, and proving anything is very hard,” he said, adding the reward was designed to send a signal.

Jaeger said the sum was large enough to make people consider contacting the authorities if they hear someone bragging in the pub, for example.

“If a person is convicted of shooting a wolf they should expect a hefty fine, and a criminal record. This is a serious punishment because they will also lose their firearms license.”

He admitted that there was only a slim chance that the reward money would be claimed, but said: “The point is to try to make hunters think twice. They could really face very serious consequences if they shoot a wolf.”

The Association for the Protection of Wolves is working with the Worldwide Fund for Nature, WWF, NABU and the Friends of Free Wolves to offer the reward and try to stop people shooting wolves.