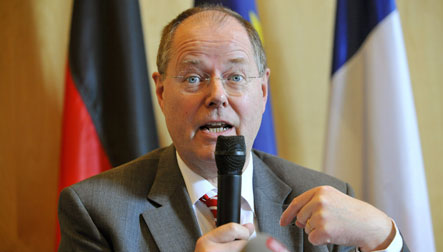 “We’re not planning on any additional measures,” Steinbrück told journalists as he arrived for a meeting with his eurozone counterparts. “We should concentrate on measures that have already been decided.”

Germany has planned this year a package worth €50 billion ($63 billion) to revive Europe’s biggest economy on top of €31 billion that it already began releasing last year.

The United States is banking on a $787-billion (€623-billion) stimulus plan to drag the world’s biggest economy out of its deepest recession in decades.

Meanwhile, the 27-nation European Union have committed to economic stimulus measures in 2009 and 2010 worth only €400 billion, equivalent to 3.3 percent of the bloc’s gross domestic product.

The figure includes both national and EU level stimulus measures as well as automatic increases in social spending, such as unemployment benefits, which kick in when the economy weakens.