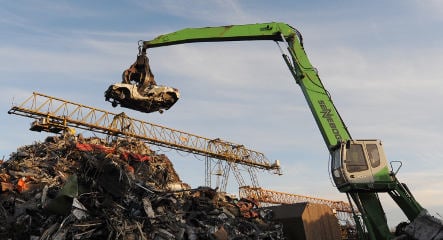 The “scrap premium”- a €2,500 bonus that goes toward buying a new vehicle in exchange for junking an old car – can be reserved in advance starting March 30. Applicants will need to present their purchase contract with a car dealership to the Federal Office of Economics and Export Control (BAFA), which processes the applications on behalf of the Economy Ministry.

As soon as applicants prove their old car has been scrapped and the new car has arrived, they will receive their money.

The Economy Ministry also announced that those who have inherited vehicles can also get the government money if they scrap the old cars.

The successful new €1.5-billion scheme, also called the “environmental bonus,” has been in effect since February 20 as part of the government’s second economic stimulus plan. It was designed to encourage drivers to add their old cars to the scrap heap for new, cleaner-burning autos.

There is enough funding to accommodate 600,000 applications for the premium, and as of Monday, BAFA reported that they had received 201,469 – already more than one-third of the total.

The government’s hope that the subsidy would stem a decline in new car sales and thereby support one of the country’s most important industries seems to have worked. Last week auto sector federation VDA reported that February car sales were up 22 percent from the same month in 2008.