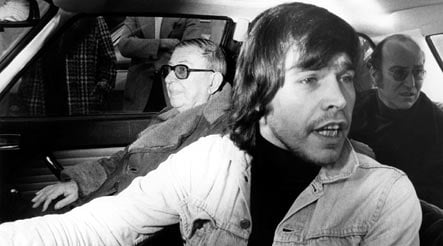 Hans-Joachim Klein was jailed in 2001 for nine years for his role in the daring attack organised by the Venezuelan-born terrorist mastermind, whose real name was Ilich Ramirez Sanchez. Three people were killed and 70 taken hostage.

Klein was released on parole in 2003 after being judged as no longer being a danger to society. He then moved to Normandy in northern France where he had been in hiding for 20 years until his arrest in 1998.

The German newsweekly Der Spiegel reported in an article to be published on Monday that he has been formally pardoned by the justice ministry in the west German state of Hesse.

“It is obvious that I am not about to go and kidnap a couple of oil ministers,” it cited the 61-year-old as saying.

Klein was part of the six-strong gang which burst in on the Organisation of Petroleum Exporting Countries (OPEC) conference in the Austrian capital on the morning of December 20, 1975. He received a bullet wound in the stomach.

With Saudi Arabia agreeing to pay a $50-million ransom for the release of the 70 hostages, the terrorists retained 15 of them and were driven to Vienna airport, where they were allowed to board an Austrian Airlines DC-9.

As the world watched in fascination and horror, the plane was finally allowed to take off, bound for Algiers, where it landed on December 23. The final hostages were then freed and the terrorists made good their escape.

Klein testified that Libyan leader Muammar Qaddafi was behind the operation, saying the Libyan embassy in Vienna provided the attackers with weapons and information on security at the OPEC conference.

Carlos was eventually captured in Sudan in August 1994 by French secret service agents and is now in a high-security prison near Paris, serving a life sentence for a triple murder committed in 1975 in the French capital.