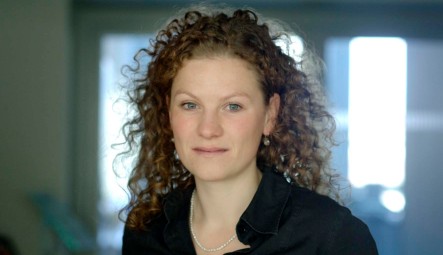 While a far cry from troubled inner-city schools in the United States, school children in some of Germany’s most socially and economically challenged neighbourhoods are often faced with violence, poor schools, language difficulties and little chance of reaching university.

But Kaija Landsberg, founder of a new programme, Teach First Deutschland, plans to send young “educational ambassadors” into the most problematic schools in autumn 2009 in hopes of inspiring at-risk pupils to excel and increasing their chances for success.

“I can tell if someone will be successful in Germany by looking at their parents,” Landsberg told The Local recently. “There are generations of families who will never leave the welfare system. Our educational programmes fail to lift people up.”

It’s a problem that places like New York City’s Harlem neighbourhood have been trying to solve for decades. As a graduate student at Berlin’s Hertie School of Governance, Landsberg travelled to the United States to observe the successful Teach For America programme for her thesis research. Starting in 1990, the US organisation has sent some 14,000 top-notch graduates from a broad range of disciplines into low-income public schools, where they work to rebalance widespread education inequality for two years.

“There was this tall, beautiful Stanford graduate with a room full of English-as-second-language third-graders and they were so eager to learn,” Landsberg said. “She had created a sort of ‘walk of fame’ on the classroom walls to map each student’s journey to university – and I thought, if just one of them makes it, it was worth it.”

The now 29-year-old went on to meet with organisers of a UK adaptation of the programme in London called Teach First for her research. By the time she earned her Master’s degree in May 2007, she had decided to spearhead the same initiative for Germany.

When she approached Teach First, the UK organisation was just beginning to develop an umbrella organisation to help develop their idea in other countries leading Landsberg to set up the German version of the programme with them simultaneously.

Her alma mater provided an office, and less than two years later, she has a team of 18, corporate funding from some of Germany’s largest companies and the support of three German states – Berlin, Hamburg and North Rhine-Westphalia – where the first crop of 100 “fellows” will take their posts in middle schools this fall.

Those chosen will have a summer of intense pedagogical training and then constant guidance from experts throughout their two-year service – in addition to a modest monthly stipend for their full-time work as teachers.

As the March 31 application deadline draws near, Landsberg said the sense of civic duty exhibited by the more than 700 applicants indicates a change in young Germans’ attitude towards getting involved in such projects.

“It’s different here from a cultural perspective,” she said. “We don’t traditionally have this public service approach. People expect the state to solve social problems. But this is slowly developing.”

Landsberg, herself the product of a private university, said that the growing number of such institutions has spawned a debate over social inequality and the “elites” who lead the country. Teach First Deutschland turns this idea on its head with the motto: “Children are our elites.”

While improved student performance is the organisations top priority, there’s something in it for the fellows too.

“I believe people from a privileged background want to give back,” Landsberg said. “But they also don’t want to be seen as tree-huggers and damage their careers.”

She said the experience will be a unique CV-builder that proves a commitment to their community and well-developed leadership skills. Teach First is gathering a network of top employers to recruit programme alumni, Landsberg said, adding that they are increasingly keen to see public service-oriented experience.

“With Teach First, you prove you’ve worked for two years in one of the hardest environments there is,” she said.