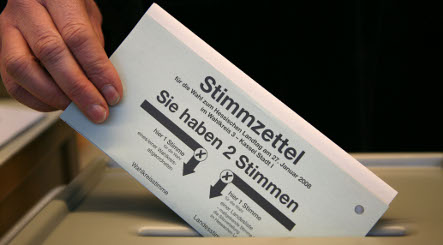 The use of around 1,800 computer voting systems by roughly two million people in the 2005 election was unconstitutional as voters could not check if their ballot had been cast correctly, the country’s Constitutional Court said.

The ruling has no consequence for the 2005 election, which ended on a knife-edge with both candidates for head of government, Angela Merkel and Gerhard Schröder, initially claiming victory.

But there is no time before elections set for September 27 to introduce machines that comply with the court ruling, Thomas Strobl, head of a parliamentary election monitoring body, told reporters after the decision.