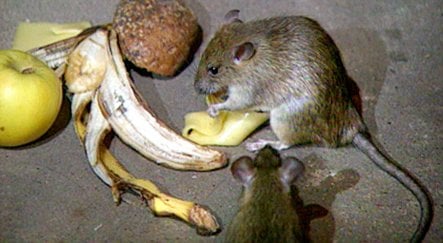 The Pankow pilot project, approved by the city’s health minister, will be reviewed by Berlin municipal officials this Friday.

Pankow’s current online list features 39 of what the paper calls “filth locales” that were found to have serious health code violations such as vermin infestation and mold. Meanwhile establishments that made the grade were included on the “smiley” list, which curious web browsers can also access.

“We would welcome it if the other districts followed Pankow’s good example,” Health Minister Katrin Lompscher told the paper. “Those who want to know if their restaurant or bar of choice is on the negative list can get informed online.”

But some critics say the plan could be an invitation for lawsuits from restaurants. Steglitz-Zehlendorf district official Barbara Loth said that the programme could “permanently stigmatise” restaurants, adding that jobs and incomes would be at risk. The district doesn’t have enough hygiene code employees to quickly re-test restaurants that correct their violations, she said.

Pankow has 12 inspectors who survey some 7,000 establishments in the district, one-third of which have had some kind of violation.

“We try not to leave them hanging on the negative list if they call us, instead we test again shortly,” Pankow councilman Jens-Holger Kirchner told the paper.

Before the internet initiative, health inspectors fined restaurants and food stores fines up to €500 for violations, but the effect of being outed publicly motivates them to clean up their acts more quickly, Kirchner said.