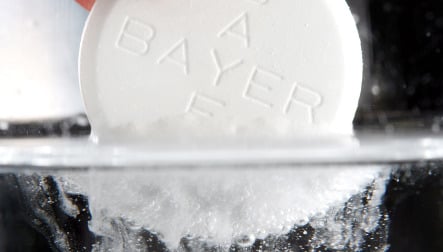 The group reported strong activity at its HealthCare and CropScience divisions, while acknowledging that its MaterialScience division had taken a hit from the global economic slowdown.

Bayer’s 2008 net profit came to to €1.7 billion ($2.1 billion), a statement said, down from €4.7 billion in 2007. But Bayer’s net result had benefitted that year from a one-off fiscal advantage and the sale of a medical diagnostic unit.

In the fourth quarter of 2008, net profit jumped by 58 percent from the same period a year earlier to €106 million, a Bayer statement said. Operating profit before exceptional items, which measures the company’s core activities and is used as the yardstick for forecasts, gained 2.3 percent to €6.9 billion.

The statement quoted chairman Werner Wenning as saying that “from an operational standpoint, 2008 was the most successful year in Bayer’s long history.”

He added that “Bayer CropScience achieved the best performance in the history of our crop protection business,” with sales up by 9.5 percent to a record €6.38 billion.

In 2009, “we expect further growth in earnings at HealthCare and CropScience, along with a substantial reduction in net debt,” Wenning was quoted as saying.

“In the main sectors of importance for our MaterialScience business, however, we anticipate a very difficult year marked by a great deal of uncertainty,” he added.

The statement warned that the unit, which makes plastics, and polymers used in coatings, adhesives and insulating materials, would probably post “a substantial drop in earnings” amid weaker activity in sectors such as the automotive and construction industries.

Bayer forecast sales of around €32 billion in 2009 and expected core earnings before exceptional items to lose around five percent, though that might improve “should there be a tangible recovery in our MaterialScience business,” the Bayer boss said.