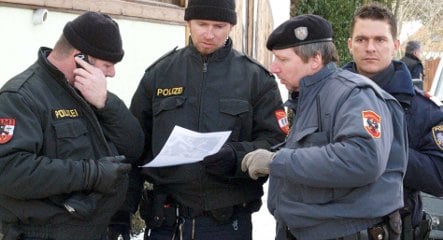 How many policemen does it take to make a phone call?? Photo: DPA

“Because they didn’t feel they were responsible for the crime scene, the officers alarmed the ‘responsible’ colleagues and decided against taking the woman’s details or checking her physical condition,” the statement said.

But the newly-arrived officers found that the 49-year-old woman was in need of medical attention and immediately called the fire brigade to bring her to a hospital.

These officers have since filed charges against their negligent colleagues for failure to render assistance. The chief of police department 3 has also initiated disciplinary measures against the two officers, the statement said.