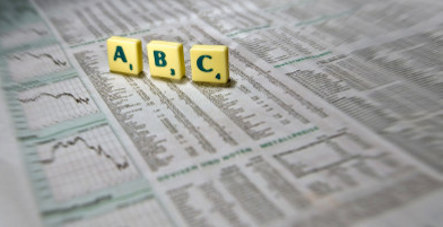 The 39-year-old man, who has no formal education, received asylum in 1993 and has been granted permanent residency in Germany, but he took his case to court when the city of Pforzheim denied his application for citizenship.

The Mannheim court denied his appeal, saying that to properly integrate both socially and politically, one needs to understand the media and be able to communicate with the German population. Verbal German skills are not enough, the court said, adding that citizenship applicants should at least be able to read German so that written forms in his or her name can be checked for accuracy.

Other signs of successful integration, such as a secure job and well-integrated children could not compensate for illiteracy, the court said.

At 2.3 million, Turks make up the largest group of immigrants in Germany. They have long pushed for the right to keep both Turkish and German passports, but Germany has refused to allow dual citizenship except for a few nations such as France.

Turkish workers began arriving in Germany in the early 1960’s when the country desperately needed labourers to rebuild the post-war economy. Many of these workers remained in Germany and founded families that are now in the third and fourth generation.

In 2000, Germany reformed its citizenship laws which had previously only recognized the principle of nationality by blood. The reform now allows foreigners who have lived in Germany for eight years to apply for naturalisation. But the original plan to allow their children born in Germany to automatically become German failed in the face of fierce opposition by conservative parties. As a compromise, it was decided that naturalised children would have to decide at the age of 18 whether they wanted to keep their German passport or their foreign one.

The German government instituted a controversial written citizenship test in September 2008. Critics said that the test was so difficult that most Germans wouldn’t be able to pass, but since then 98.9 percent of immigrants applying for German citizenship have managed to do just that.

In January, Berlin-based Institute for Population and Development released a study called “Wasted Potential,” which looked at some 800,000 immigrants in 2005, comparing integration levels of eight different groups for the first time. It compiled a ranking of Germany’s 16 states based on the level of immigrant integration.

Results showed that of the some 15 million immigrants in Germany – about 20 percent of the population – Turks made the poorest showing in educational gains. Thirty percent of the country’s 2.8 million people of Turkish origin did not finish school, and only 14 percent took the Abitur, the final secondary school exam required to qualify for university. But more than 50 percent of those in other migrant groups managed these tasks, the report said.

Immigrants of Turkish origin were also found to be the least successful in the labour market: they are often jobless, the percentage of housewives is high and many are dependent on welfare, the study said.