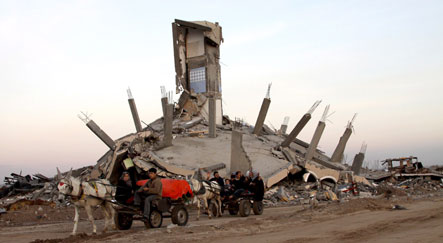 “When all the protests and UN resolutions don’t help stop continual human rights abuses then such methods are legitimate,” he said in a statement released by the North Rhine-Westphalian regional chapter of his hard-line socialist party The Left.

“To compare it to the racist Nazi boycott of Jewish businesses is highly disingenuous.”

Dierkes unleashed a storm of criticism this week after saying the Holocaust could not be used as an excuse for Israel’s recent military campaign in the Gaza Strip.

“This is a piece of pure anti-Semitism,” Dieter Graumann, vice president of the German Jewish Council, told the Bild newspaper. “It’s morally depraved and unscrupulous.”

Even The Left’s party leadership felt compelled to distance itself from Dierkes on Wednesday, saying his call for a boycott “absurd” and an ineffective way to help promote peace in the Middle East.

And Petra Pau, a high-ranking MP for The Left, said Dierkes’ language was unacceptable.